Women are losing rights to their bodies,
how they receive health care,
birth control,
if they have been raped.

He admitted sexual assault on women is OK.
“You can grab them by the pussy, you can do anything.”
He is all about division. It’s been his dream after all.
He bragged and he boasted about building a wall.

Now he tweets when ever he can
to keep hate and anger fueled.
Don’t forget Paris!
And the climate accord.

He has undone all what was in place to guarantee
clean air, clean water and clean power.
Level forests, Pipelines, drilling, killing the oceans,
poisoning drinking water.

A false sense of coal mining
being a lucrative job again.
He allows belief in lies that pad all pockets
of the lobbyists promoting him.

It’s all about money, his money, their money
and to make sure you do not have any money.
While many think this is a plus for jobs,
he refuses to accept what scientists are trying to tell him.

Denying science and denying facts,
allowing the country to believe false propaganda.
He has lied and promoted false information
to create doubt about climate change.

He backed a pedophile, he called Nazis fine people,
he pardoned a bigot sheriff, he fired Comey, at a questionable time,he continually attacks his own party and does everything
but work toward partisanship or a common line.

are all reasons to deem him a racist.
We have a white supremacist
sitting in the white house
hiding behind evangelists.

The church wants him to kill the sins of the world.
No more abortions. No more gays.
No more transgender.
Can we go a little deeper?

No more Muslims, no more Jews.
No more other religions, only one.
One God. One religion.
One flag to worship! Blind nationalism!

No more color, only white.
Then,
only then,
will America truly be great again?

I’m sick of seeing your hate.
The bigotry makes me sick.
That is why I hate him.
That’s why I resist.

My life is in the country with a bird named Lauren, chickens, a bearded dragon, several cats, two dogs Thelma & Louise and a hubby. Mostly, I blog about books and share my poetry. Some other favorite things of mine are teas, tarot, gardening, taking photographs and getting into other earthy, soulful things. I absolutely love to be creating and messing with some project. Check out my blogs to see what I am into at the moment. View all posts by Willowbeithe 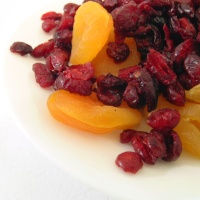 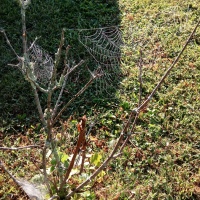